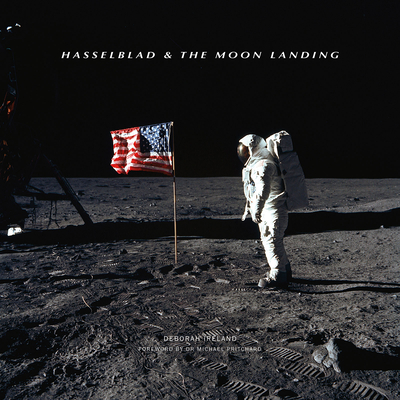 
Usually Ships in 1-5 Days
On July 20, 1969, Neil Armstrong and Buzz Aldrin became the first people ever to set foot on the Moon, their iconic "small steps" captured forever by the camera the astronauts carried with them: the Hasselblad 500EL. This book looks at the history of the Apollo 11 mission through the lens of the Hasselblad, while narrating the parallel challenge to create a camera that could work on the Moon. It considers the cameras used, and the photographs captured, during the Space Race between Russia and America; looks at the experience of taking photographs on the Moon for the first time; and reflects on the  legacy of those images, and their part in the enduring Moon Landing conspiracy theories. The second half of the book presents a commemorative album of photographs taken in space using the Hasselblad 500EL. While the Apollo 11 astronauts left their three cameras behind on the Moon, where they remain to this day, they brought back film magazines containing 1,400 photographs. A selection of the finest of these is shown alongside the mission timeline and transcripts of the conversations between the astronauts and mission control at Houston.
Deborah Ireland has spent 19 years working in photography, including as assistant curator of the Royal Photographic Society's archive and head of the AA World Travel picture library. Her published titles include Isabella Bird. Dr. Michael Pritchard is the Director-General of The Royal Photographic Society and a former photographic specialist at Christie's in London.
“It’s an engagingly written story with some fascinating insights… The photographs are beautifully reproduced in their original square format and perfectly show off the astronauts’ often under-appreciated compositional skills, while the accompanying words make for a thought-provoking juxtaposition. This book may be only a slim volume, but it is still packed with plenty of stunning images to savour. It’s a great visual record of this most remarkable of human achievements.” — Amateur Photographer Magazine