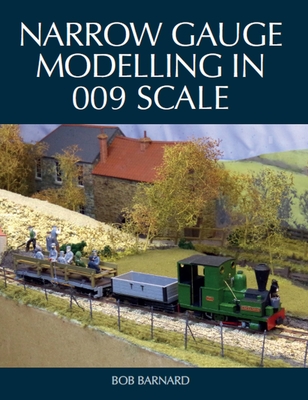 
Usually Ships in 1-5 Days
The 009 scale, which is used to represent narrow gauge lines of 2ft to 2ft 6in, is experiencing a steady growth in popularity and trade support. Narrow Gauge Modelling in 009 Scale explains issues of scale and gauge for narrow gauge models, considers the origins of 009 scale and identifies some of its pioneers. It outlines the diverse range of prototype narrow gauge railways in Britain and overseas, along with some of the different traditions and practices adopted in different parts of the world.

Bob Barnard began railway modelling at an early age, building an 00-gauge Southern Railway layout with his father, and gradually acquired the skills needed to scratch build rolling stock, locomotives and complete layouts. His abiding passion is for the Lynton & Barnstaple Railway, modelling it for over fifty years, as well as working to support its revival. Bob has written a number of magazine articles, produced a book introducing L&B modelling, and has exhibited his 009 layouts at shows. His 009 L&B layout exhibited at the 2012 Warley National Model Railway Exhibition was awarded the David Glascott Trophy