Flowers for Elephants: How a Conservation Movement in Kenya Offers Lessons for Us All (Hardcover) 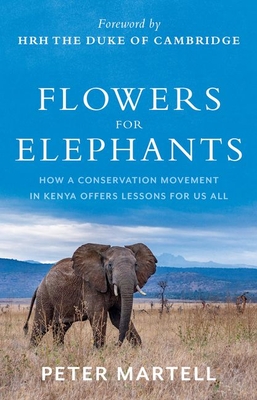 Flowers for Elephants: How a Conservation Movement in Kenya Offers Lessons for Us All (Hardcover)


Usually Ships in 1-5 Days
When northern Kenyans find elephant bones, they lay down blossoms and branches as a mark of respect, honotring their crucial connection with the wildlife they live alongside. In our changing world, these values are vitally important. For decades, northern Kenya was one step away from a warzone, on the frontlines of climate change and habitat loss. People slept with their shoes on, fearing attack. Wildlife was decimated. Yet, facing the most extreme challenges, people united. What began as a last-ditch effort to save rhinos from
extinction sparked a remarkable return of wildlife, with the once-struggling cattle ranch Lewa named a UN World Heritage Site for its outstanding value to humanity. This served as a catalyst for much broader action. Communities created a network of protected lands across an area larger than
Switzerland. Through conservation, they built peace, driving social, environmental and political change. From tracking elephants through the bush to gun battles with bandits and treks through Al-Qaeda territory, Peter Martell tells the exciting story of a conservation movement that gives hope. At a time when humanity is reassessing its broken relationship with nature, these communities offer an
inspirational blueprint, proving that environmental change does not have to divide, but can bring us together.

Peter Martell reports on the Middle East and North Africa for AFP. Hailing from a Northumberland sheep farm, he started as a foreign correspondent in Zimbabwe. First Raise A Flag, his book on South Sudanese independence (also published by Hurst), was an Economist and a Spectator Book of the Year.