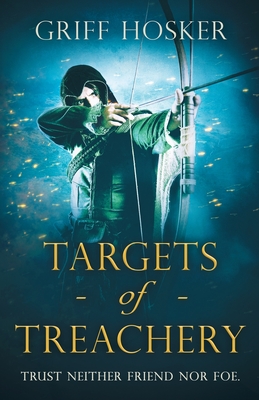 The next book in the bestselling series, Lord Edward's Archer.

'In Gerald War Bow, Hosker has crafted a heroic, humble archer with the heart of a prince' - Brook Allen

'Griff Hosker has sold over a million books and I can see why ' - Matthew Harffy, bestselling author of the Bernicia Chronicles

Captain Gerald has proven himself an unrivalled archer, but now he is married, he longs to enjoy life's simpler pursuits, raising a family and tending his land.

But life on the borderlands brings complications, and King Edward has different ideas for Gerald. Prince Llywelyn of Wales will not toe the line, and once more, Gerald is chosen as royal envoy. He must cross the treacherous Welsh Marches to make strategic allegiances and request Llywelyn bend the knee to the English crown.

When those allegiances fail to protect England from Welsh rebellion, King Edward abandons diplomacy and seizes Welsh land to erect and capture castles, imbuing the landscape with intimidation.

As Gerald assists in this military tug-of-war, his thoughts are back home with his family, where personal vendettas threaten his own fortifications. Can he help wrest power back into English hands before the Welsh mob descends on all he holds dear?

Fans of Bernard Cornwall will relish this invigorating ride, the latest in the bestselling Lord Edward's Archer series.

What everyone is saying about the Lord Edward's Archer Series:

"What's NOT to like? Knights, princes, outlaws, and one very clever archer." Brook Allen ★★★★★

"This is certainly a Grief Hosker book. Lots of battlefield action, but built on historical English history like his many other books" D. Haskin ★★★★★

"If you are a fan of Bernard Cornwell's Saxon Series, then you will love these books." Mike, Goodreads ★★★★★

"I thoroughly enjoyed this book. It is well worth the read and the history lesson. If you books by Bernard Cornwell, you will really like this book." Lesley Walsh ★★★★★

"Cannot wait for the next book in the Lord Edward's Archer series." David Swift ★★★★★