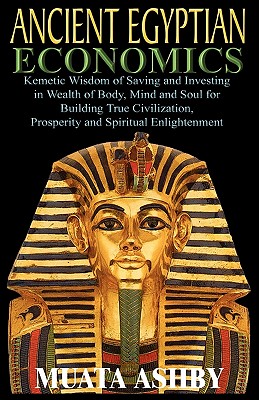 
Usually Ships in 1-5 Days
Finances and money are an integral part of Ancient Egyptian culture as an instrument for promoting Maat in the form of the well-being of the 'hekat'. The hekat are the people and the "Heka" is the Pharaoh. The Pharaoh was like a shepherd leading a flock and moneys were controlled righteously to promote the welfare of the people. In that tradition we have applied the philosophy of maatian economics to promote the well-being of those who are officially part of the Temple as well as those who may read the books so they may avoid financial trouble as much as possible and have better capacity to practice the teachings. In order to have a successful life human beings need a certain amount of money and wealth but money and wealth are not the goal. They are a foundation that enables the true goal of life, enlightenment, to be realized. Therefore, we are only fulfilling the duty of transmitting wisdom about wealth to promote righteousness, truth and well-being for all. This volume explores the mysteries of wealth based on the teachings of the sages of Ancient Egypt and the means to promote prosperity that allows a person to create the conditions for discovering inner peace and spiritual enlightenment.