They Were Found Wanting (Mass Market) 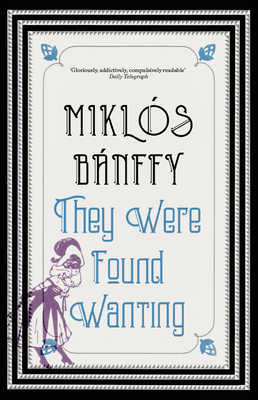 They Were Found Wanting (Mass Market)


Email or call for price
Count Miklos Banffy (1873-1950) was variously a diplomat, MP and foreign minister in 1921-22 when he signed the peace treaty with the United State and obtained Hungary's admission to the League of Nations. He was responsible for organising the last Habsburg coronation, that of King Karl in 1916. His famous "The Writing on the Wall" trilogy was first published in Budapest in the 1930s, and rediscovered for the international market after the fall of communism. This epic work has now been translated into ten languages.