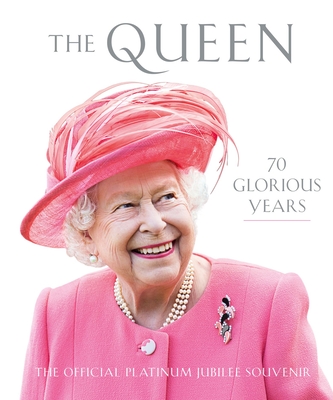 In February 2022, Her Majesty Queen Elizabeth II will mark seventy years as monarch with a celebration known as the Platinum Jubilee. This official publication honors the Queen’s reign with a special selection of photographs captured by professional and amateur photographers alike. These photographs document Her Majesty’s early life before she acceded to the throne in 1952, her official role as monarch, her travel at home and abroad in support of the Commonwealth, and her fondness for animals and family life. These pictures also demonstrate the Queen’s continued efforts to give thanks to those who have served the monarchy and their communities, from official garden parties to the Order of the Garter.

These photographs are accompanied by resonant quotations from speeches given by the Queen over the years, including her wartime Children’s Hour radio broadcast given at the age of fourteen, her first televised Christmas Speech in 1957, and her speech welcoming President Obama and the First Lady during their State Visit in 2011. With a varied selection of photographs from Her Majesty’s reign, The Queen takes readers on a photographic journey of a remarkable life of duty and service.
A department of the Royal Household, the Royal Collection Trust is responsible for the care of more than one million works of art in the Royal Collection and manages the public opening of Buckingham Palace, Windsor Castle, the Palace of Holyroodhouse, the Royal Mews, and The Queen’s Galleries in London and Edinburgh.