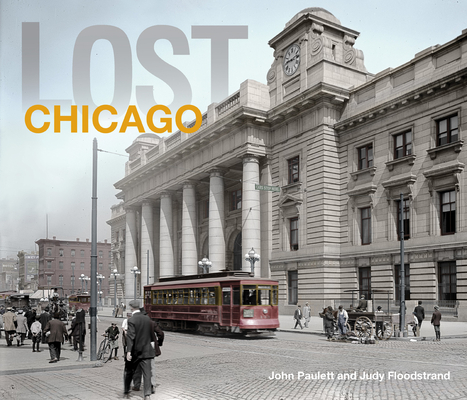 
Email or call for price
A chronicle of the city's great losses, from old ballparks to lakeshore mansions.

Lost Chicago looks at the cherished places in the city that time, progress, and fashion have swept aside. The series looks back in loving detail at many of the things that have helped create a city's unique identity that have since disappeared: the streetcars, the shops, the parks, the churches, the amusement parks, even the annual parades.

It looks at the architectural gems that failed to be preserved, the hotels that could not be adapted and fell to the wrecking ball, and the novelty buildings. Famous landmarks, much-loved restaurants, sports stadia, movie palaces, pleasure gardens, piers, and lake steamers, plus the Union stockyards all feature, along with the industries that once drove the Chicago economy but have since moved on.
John Paulett is the author of histories Forgotten Chicago, Printers Row, and Pentecost, Peanuts, Popcorn, Prayer. He lives and teaches in Oak Park, Illinois. Judy Floodstrand, was born and raised in Chicago. She is a freelance writer and publicity specialist, most recently Director of the SciTech Science Museum and previously at The Chicago Tribune.