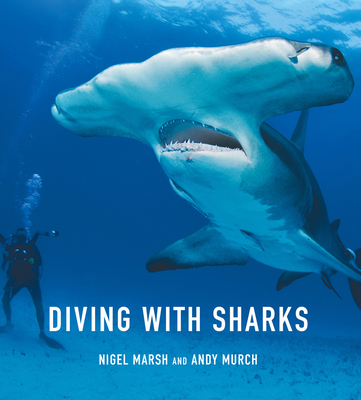 The prospect of amazing encounters with Great Whites, Tiger Sharks, Whale Sharks, Hammerheads and many other shark species mean that each year more and more divers are heading underwater to swim with these magnificent and misunderstood predators at hot-spots all over the world, from Australia, South Africa, the USA and Mexico, to Fiji, the Red Sea, the UK and the Bahamas.

This book is a complete guide for divers seeking sharks, and for everyone interested in these incredible creatures. It includes an indepth introduction followed by comprehensive coverage of all the shark families and species that could be encountered, including many of the lesser-known sharks, with details of biology, behaviour and where to find them. There is also a listing of the best shark diving hot-spots from around the world.

With more than 500 known species of sharks, and more being discovered every year, Diving With Sharks is the ultimate guide book for anyone wanting to learn more about these incredible creatures of the deep and also where to see them, up close and personal.

Nigel Marsh is an Australian underwater photographer and photojournalist whose work has been published in numerous magazines, newspapers and books all around the world.

Nigel has dived extensively around Australia, and also throughout Asia, the Pacific Ocean, the Indian Ocean and the Caribbean.

His underwater photographs have won a number of international photographic awards.

Andy Murch is a fanatical big-animal diver based in Vancouver, Canada. He has dived with more sharks than most people on the planet and he’s a renowned shark-photographer.

His images and shark stories have appeared in hundreds of publications, ranging from National Geographic to the Journal of Zoology.