Night-Rider Legacy: Weaponizing Race in the Irasburg Affair of 1968 (Paperback) 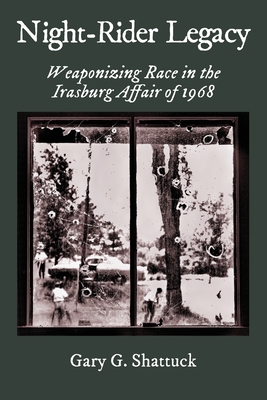 Night-Rider Legacy: Weaponizing Race in the Irasburg Affair of 1968 (Paperback)

A study of the impact and consequences caused by the use of inflammatory racially-related language during a police investigation conducted by the Vermont State Police. Beginning in 1968 with the Irasburg Affair when a White man fired shotgun blasts into a home occupied by a Black family, the story

describes in detail the course of the investigation. Adverse publicity about the Vermont State Police's work alleging racism within its ranks ensued resulting in its managers withdrawing from public view and refusing to work with the legislature in the next years causing significant internal problems.

They finally came to the forefront in 1979 when a despondent trooper committed suicide at the state house in Montpelier in an event called the Router Bit Affair that led to significant reforms beginning in1980. Includes bibliographical references and an index.