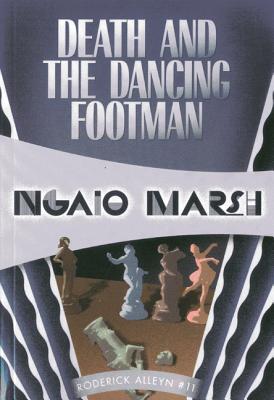 This is book number 11 in the Inspector Roderick Alleyn series.

The unspeakably wealthy (and generally unspeakable) Jonathan Royal has decided to throw a party and, just for fun, has studded the guest-list with people who loathe one another. When a blizzard imprisons them all in Royal's country house, murder ensues. In true Christie-esque tradition, there are nearly as many suspects as there are potential victims. Eventually, Inspector Alleyn makes his way through the snow to put things right.
Dame Ngaio Marsh was one of the celebrated queens of the Golden Age of detective fiction. She was born in New Zealand.