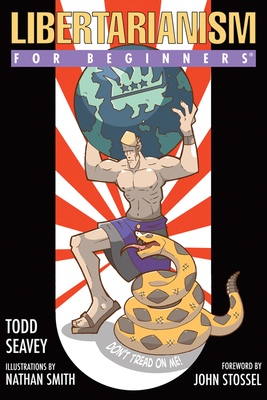 Libertarianism isn't about winning elections; it is first and foremost a political philosophy--a description of how, in the opinion of libertarians, free people ought to treat one another, at least when they use the law, which they regard as potentially dangerous. If libertarians are correct, the law should intrude into people's lives as little as possible, rarely telling them what to do or how to live.

A political and economic philosophy as old as John Locke and John Stuart Mill, but as alive and timely as Rand Paul, the Tea Party, and the novels of Ayn Rand, libertarianism emphasizes individual rights and calls for a radical reduction in the power and size of government. Libertarianism For Beginners lays out the history and principles of this often-misunderstood philosophy in lucid, dispassionate terms that help illuminate today's political dialogue.

Todd Seavey is a ghostwriter, political commentator, libertarian speaker and blogger (www.toddseavey.com), and writer for TV news commentators such as John Stossel and Judge Andrew Napolitano.
Nathan Smith (aka bluefluke) is a writer and illustrator who specializes in the classical western esoteric tradition. His notable works include The Psychonaut Field Manual, Am I Evil?, and the Discordian Tarot Collection. See his art at: bluefluke.deviantart.com or bluefluke.tumblr.com