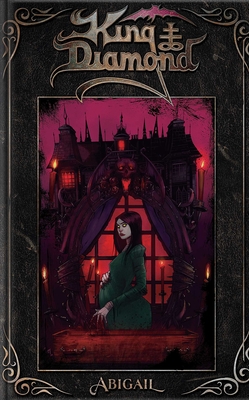 King Diamond’s classic horror story featured on his 1987 concept album “Abigail”, has received a masterful in-depth overhaul and is brought to life in a whole new way in this stunning graphic novel by Dan Watters, Damien Worm, and King Diamond himself!
Dan Watters is a writer. His first graphic novel, LIMBO, came out in 2016, and led to him writing Lucifer for Neil Gaiman’s Sandman Universe at DC. Currently he’s working on titles for franchises such as Batman, Cowboy Bebop, and King Diamond’s Abigail, as well as the creator-owned Home Sick Pilots. He lives in West London with a partner, a vaguely ferocious cat, and far too many books for a West London apartment (or so he is told).

Damien Worm is a comic artist and ilustrador. Co-creator of “October Faction” and some other
horror creator owned titles. He also worked in some videogames related comics, like Dark
Souls, Bloodborne and Evil Within.