The Physics of Love (Paperback) 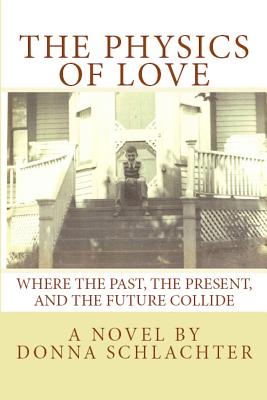 The Physics of Love (Paperback)

Book 1: Opposition -- Was it love? No. For him, our coupling was the opportunity to one-up my father, the biggest fish in a very small pond. For three minutes. For me, I don't know that I really thought about anything. Except I did imagine the look on my father's face if he could see me now. And that stayed with me much longer than those three minutes, in the back seat of a 1933 Mercury coupe, on a beach in Newfoundland.

Book 2: Momentum -- Was it love? Must have been. How else do you explain a childless couple in their fifties taking in a bastard child, to raise as their own, when everybody around them knew the truth? When they had so much to lose--the respect of their peers, their position in the church, the rung on that ladder he climbed so diligently. Of course, I don't remember how the story began--I was only six months old at the time. And the story has been told and retold so many times I don't know if the truth will ever be known.

Book 3: Convergence -- Was it love? Yes. That's what family is all about, so the answer must be yes, right? But I've since learned that family is about a whole lot more than just love. There are complicated dynamics involved in blood relationships, marriage relationships, even those once and twice removed relationships. But one thing I know for certain: it is love now.