Standing Still in a Culture of Mass Shootings (Hardcover) 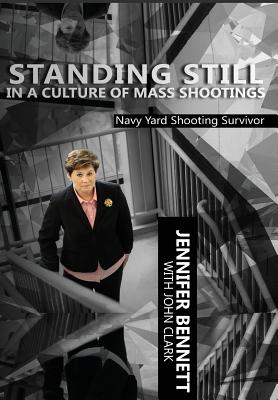 Standing Still in a Culture of Mass Shootings (Hardcover)

Standing Still In a Culture of Mass Shootings brings us face-to-face with Monday, 16 September 2013 when Jennifer was severely wounded during the Navy Yard Shooting. Emergency physicians, who treated her extensive wounds immediately after her evacuation from the Navy Yard roof via helicopter, called her survival "a miracle."

Jennifer sustained a point-blank shotgun blast, yet by the grace of God, she survived. Her book details her harrowing experience, but also the heroism and dedication exhibited by many men and women who helped save her life.

To explain how she came to be the warrior she is today, Jennifer provides an entertaining and often humourous sketch, explaining what it was like to grow up in America from the 1950s to the 1970s. She also explains why and how Americans can once again embrace God. More than a story of survival, this is a story of faith, of healing and of triumph. Her experiences were chronicled in the Washington Post on 6 September 2014 and in the October 2017 SHOWTIME documentary, "Active Shooter: America Under Fire."