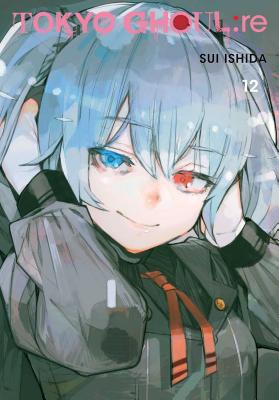 This is book number 12 in the Tokyo Ghoul: re series.

Furuta’s new methods have made the CCG deadlier and more efficient than ever, and more than 80 percent of the Ghouls in Tokyo have been eradicated. Kaneki and the rest of the Goat have gathered survivors in the stronghold of the 24th Ward. But without access to food, their safety comes at a bitter price.
Sui Ishida was born in Fukuoka, Japan. He is the author of Tokyo Ghoul and several Tokyo Ghoul one-shots, including one that won him second place in the Weekly Young Jump 113th Grand Prix award in 2010. Tokyo Ghoul began serialization in Weekly Young Jump in 2011 and was adapted into an anime series in 2014.