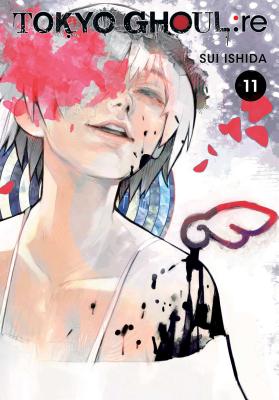 This is book number 11 in the Tokyo Ghoul: re series.

Interim Bureau Chief of the CCG Matsuri Washu has gone conveniently missing, and the power vacuum has allowed the devious Nimura Furuta to take control. His erratic behavior concerns some of the investigators, but the special show he puts on for the rank-and-file CCG employees gains him their support, especially when he unveils the final act—the public execution of the traitor Haise Sasaki!
Sui Ishida was born in Fukuoka, Japan. He is the author of Tokyo Ghoul and several Tokyo Ghoul one-shots, including one that won him second place in the Weekly Young Jump 113th Grand Prix award in 2010. Tokyo Ghoul began serialization in Weekly Young Jump in 2011 and was adapted into an anime series in 2014.