Walk with me to Chimayó (Paperback) 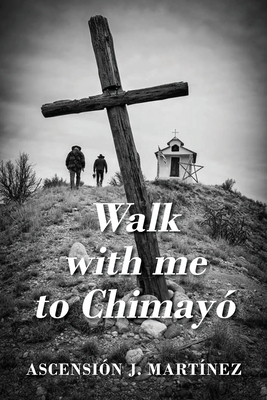 Walk with me to Chimayó (Paperback)


Usually Ships in 1-5 Days
Few have been the individuals from northern New Mexico's 400-year-old Spanish-speaking villages who have taken the time to write down the significant events of their lives. Ascensi n J. Mart nez of Chimay , is however a notable exception. Born in 1926 in the village of Chimay , his life has spanned a period of momentous developments locally, nationally and in the world at large. Within the pages of this book, Walk with Me to Chimay , a Memoir by Ascensi n J. Mart nez of Chimay , the author describes the Chimay of his youth when the rest of the country had yet made few inroads into one of this nation's oldest and most isolated agrarian societies. By "walking" the reader through his earliest memories of contributing to his family's demanding life of self-sufficiency and later, his first tenuous steps into mainstream American society, Ascensi n enables the reader to experience the subtle yet at times dramatically-changing cultural landscape of that period. One of the book's highlights is his account of the final days of World War II in the Philippine theater of war where he participated as a soldier and barely escaped with his life intact. The fact that he visited Hiroshima, Japan, soon after it was leveled to the ground by the atom bomb, has enabled him to write a poignant description of what he saw.