Islam and «Scientific» Economics: In the Pursuit of a New Paradigm (Hardcover) 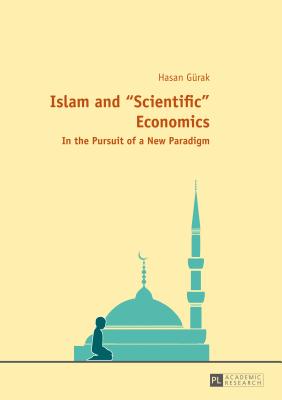 Islam and «Scientific» Economics: In the Pursuit of a New Paradigm (Hardcover)

In an Islamic society, it is ethics that dominates and determines all behavior, including economic behavior. The Holy Koran emerges as the main source of all economic behavior and practices which are subject to the commands of Allah as stated in the Koran. Since Islam is a universal religion, the Islamic economic paradigm with its scientific Islamic economic theories has to be comprehensive as well as perfect in the sense of fairness, ethical values and fruitfulness. A universal Islamic economic system ought to have universally applicable economic laws acceptable by both, the Muslim and the non-Muslim world - meaning that when the word Islamic is taken out of the equation; it should appeal to all societies and countries equally, regardless of their religious persuasion. The question now is; do Islamic economics offer such scientific economic theories? Surprisingly, there were no such theories at all. In fact, there was not even a theory of interest, the most frequently referred to subject in Islamic economics. This appeared to be a serious omission. The Holy sources may be more than sufficient for Muslims, but what about non-Muslims? Isn't it justified to expect Islamic scientific economic models and theories that are applicable to or able to guide non-Muslims?