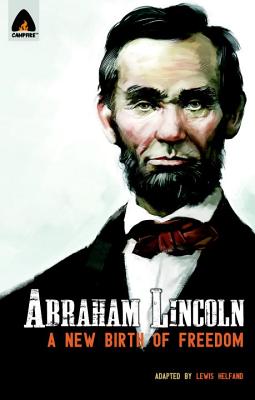 
Backordered
One of the most courageous and esteemed presidents of the United States of America, Abraham Lincoln is known mainly for abolishing slavery and his leadership during the Civil War. He grew up in a single-room log cabin on the Sinking Spring Farm in Hardin County, Kentucky. His mother died when he was nine, and his relationship with his father was often strained. He had an insatiable desire to learn, which his stepmother nurtured by encouraging young Abe to read. Though he had only a year of formal education, he could read any book he got his hands on. Lincoln was admitted to the Illinois bar in 1836, and later became a congressman for the same state. He served as president from March 1861 until his assassination at the hands of John Wilkes Booth in 1864. This book tells the story of a young boy who grew up to become one of the most important leaders in American history.
Lewis Helfand was born in 1978 in Philadelphia. Always passionate about comic books, Lewis wrote his very own, Wasted Minute — a story about a world without crime where superheroes are forced to work regular jobs. After it was well-received, he soon started collaborating with other artists and released several more issues over the next few years. Now Lewis also works outside the field of comic books as a freelance writer and reporter for a number of national print and online publications.
"I highly recommend Campfire’s comics. They do what they are intended to do and do it in  a way that excites kids about classic literature."

— Chris Wilson, The Graphic Classroom (a resource for teachers and librarians)