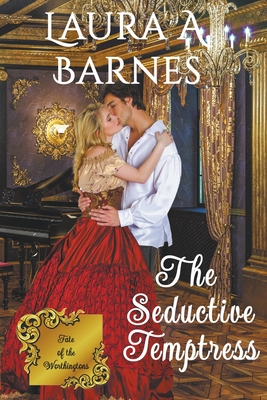 By Laura A. Barnes

A fate already set in motion may hold unexpected surprises.

A lady betrayed by her betrothed. A gentleman set out for destruction. Would his scandalous proposition entice her to surrender to the passion swirling around them?

Noel Worthington's happily ever after was only weeks away. She had finally secured herself a match with a divine earl who doted on her at every opportunity. However, Noel questioned if she should give her heart to him after he betrayed her with his deception. When her groom stays absent, she does what any lady in her position would do and confronts him, stating her demands. Noel flees when he responds with his own sinful suggestions. Soon Noel finds herself kidnapped in proximity with her scoundrel of a fianc and she was powerless to deny the desire surrounding them. Would Noel ever trust her true love enough to give him her heart?

Gregory Ravencroft allowed his shame to keep him from securing his bride-to-be's safety. When he arrived in London, it was to seek help to destroy his enemy. Instead, he fell for a proper lady who portrayed every character he desired in a wife. However, he couldn't be more mistaken. When Noel declared what she expected of him, he realized his meek fianc e was a passionate lady who had kept her desires at bay. After he seduced her with his scandalous propositions, he discovered how he wasn't the only one who had kept secrets. Can Gregory convince Noel that the love he holds for her is true?

A couple who navigates their engagement with polite indifference learn their fate entwined them for eternity with their undying love for one another. Can they defy the odds and allow trust to enter their hearts? Or would their deception keep them apart?

The Seductive Temptress is the second book in Laura A. Barnes's Fate of the Worthingtons Series. If you love a romance filled with passionate intrigue, then you'll love Noel and Gregory's love story.

Read The Seductive Temptress to continue your journey with the Fate of the Worthingtons.