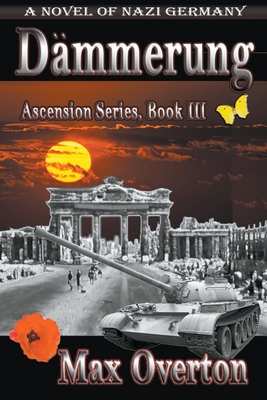 This is book number 3 in the Ascension series.

Before he fully realized the diabolical cruelties of the National Socialist German Worker's Party, Konrad Wengler had committed atrocities against his own people, the Jews, out of fear of both his faith and his heritage. But after he witnesses firsthand the concentration camps, the corruption, the inhuman malevolence of the Nazi war machine and the propaganda aimed at annihilating an entire race, he knows he must find a way to turn the tide and become the saviour his people desperately need.

Konrad Wengler is captured and sent from one Soviet prison camp to another. Even hearing the war has come to an end makes no difference until he's arrested as a Nazi Party member. In jail, Konrad refuses to defend himself for things he's guilty of and should be punished for. Will his be an eye-for-an-eye life sentence, or leniency in regard of the good he tried to do once he learned the truth?