A Son at the Front: Large Print (Paperback) 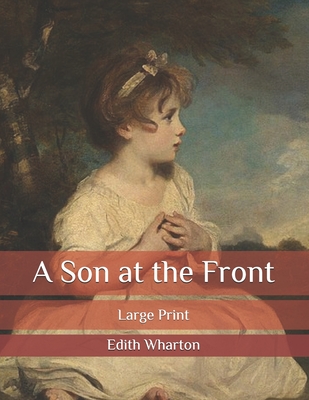 A Son at the Front: Large Print (Paperback)


Backordered
John Campton, the American portrait-painter, stood in his bare studio in Montmartreat the end of a summer afternoon contemplating a battered calendar that hung againstthe wall.The calendar marked July 30, 1914.Campton looked at this date with a gaze of unmixed satisfaction. His son, his onlyboy, who was coming from America, must have landed in England that morning, andafter a brief halt in London would join him the next evening in Paris. To bring themoment nearer, Campton, smiling at his weakness, tore off the leaf and uncovered the31. Then, leaning in the window, he looked out over his untidy scrap of garden at thesilver-grey sea of Paris spreading mistily below him.A number of visitors had passed through the studio that day. After years of obscurityCampton had been projected into the light-or perhaps only into the limelight-by hisportrait of his son George, exhibited three years earlier at the spring show of the FrenchSociety of Painters and Sculptors. The picture seemed to its author to be exactly in theline of the unnoticed things he had been showing before, though perhaps nearer to whathe was always trying for, because of the exceptional interest of his subject. But to thepublic he had appeared to take a new turn; or perhaps some critic had suddenly foundthe right phrase for him; or, that season, people wanted a new painter to talk about.Didn't he know by heart all the Paris reasons for success or failure?