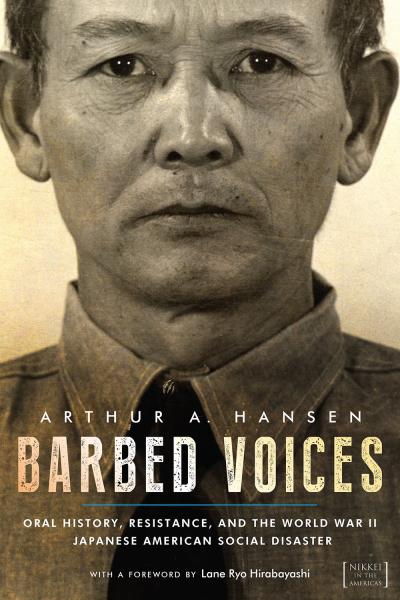 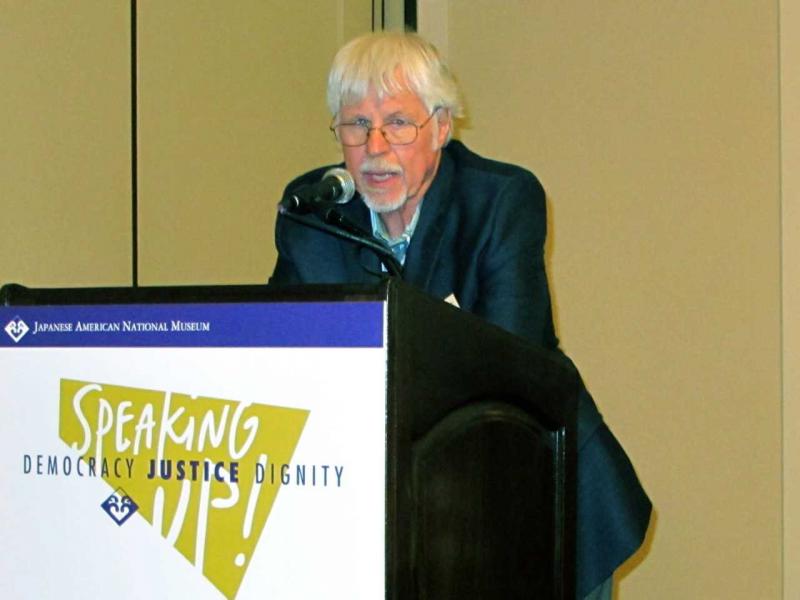 Join us in an important evening of conversation with Arthur A. Hansen when he introduces his new book, Barbed Voices: Oral History, Resistance, and the World War II Japanese American Social Disaster. Hansen will be at the bookstore on Thursday, March 28, at 7pm. We will be joined by Clarence Moriwaki, president of the Bainbridge Island Japanese American Community, in hosting this event. Our co-sponsor is Densho, a Seattle-based grassroots organization dedicated to preserving, educating, and sharing the story of World War II-era incarceration of Japanese Americans in order to deepen understandings of American history and inspire action for equity.

Barbed Voices is an engaging anthology from the well-known and highly respected historian of Japanese American history, updated and annotated for contemporary context. Featuring selected inmates and camp groups who spearheaded resistance movements in the ten War Relocation Authority–administered compounds in the United States during World War II, Hansen’s writing provides a basis for understanding why, when, where, and how some of the 120,000 incarcerated Japanese Americans opposed the threats to themselves, their families, their reference groups, and their racial-ethnic community.

What historically was benignly termed the “Japanese American Evacuation” was in fact a social disaster, which, unlike a natural disaster, is man-made. Examining the emotional implications of targeted systemic incarceration, Hansen highlights the psychological traumas that transformed Japanese American identity and culture for generations after the war. While many accounts of Japanese American incarceration rely heavily on government documents and analytic texts, Hansen’s focus on first-person Nikkei testimonies gathered through powerful oral history interviews gives expression to the resistance to this social disaster.

Arthur A. Hansen is emeritus professor of history, founding director of the Japanese American Project of the Oral History Program and the Center for Oral and Public History, and founding faculty member of the Asian American Studies Program at California State University, Fullerton. He has been honored as both the Outstanding Teacher and the Outstanding Faculty Member in the College of Humanities and Social Sciences at CSUF. He was Senior Historian at the Japanese American National Museum and received the Distinguished Lifetime Achievement Award from the Association for Asian American Studies in 2007 and the Sue Kunitomi Embrey Legacy Award from the Manzanar Committee in 2014. He is also editor of Nisei Naysayer: The Memoir of Militant Japanese American Journalist Jimmie Omura.