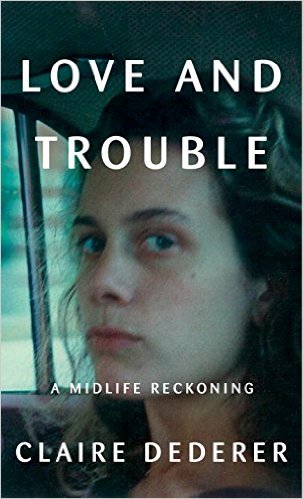 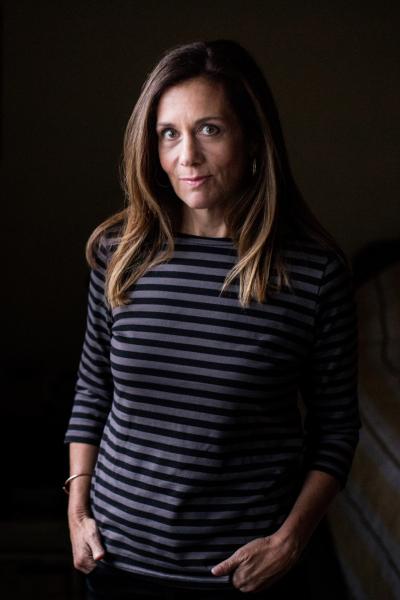 Join us for the launch of best-selling Bainbridge author Claire Dederer's fierce new memoir, Love and Trouble: A Midlife Reckoning. Bainbridge author Carol Cassella will be with us for a conversation with Claire at the launch party, which will take place on the book's release date, Tuesday, May 9, at 7pm.

From the New York Times best-selling author of Poser: My Life in Twenty-Three Yoga Poses, a ferocious, sexy, hilarious memoir about going off the rails at midlife and trying to reconcile the girl she was with the woman she has become. Dederer is a happily married mother of two, ages nine and twelve, when she suddenly finds herself totally despondent and, simultaneously, suffering through a kind of erotic reawakening. This exuberant memoir shifts between her present experience as a middle-aged mom in the grip of mysterious new hungers and herself as a teenager--when she last experienced life with such heightened sensitivity and longing.

From her hilarious chapter titles ("How to Have Sex with Your Husband of Seventeen Years") to her subjects -- the boyfriend she dumped at fourteen the moment she learned how to give herself an orgasm, to the girls who ruled her elite private school ("when I left Oberlin I thought I had done with them forever, but it turned out...they also edited all the newspapers and magazines, and wrote all the books"), to raising a teenage daughter herself -- Dederer writes with an electrifying blend of wry wit and raw honesty. She exposes herself utterly, and in doing so captures something universal about the experience of being a woman, a daughter, a wife.

"When I got my hands on Claire Dederer's new book, I instantly turned off my phone, cancelled all my appointments, curled up in bed, and read all day in grateful -- and thoughtful -- abandon. As always, I was delighted with what I found in her writing. Dederer is not only a brilliant author, but an honest and brave one, who is not afraid to deep-dive into her own history and her own heart in order to examine what it really means to be a woman right now. Love and Trouble is a book caused me to think differently about marriage, about intimacy, about middle-age, and especially about what it means to have once been a sexually adventurous teenage girl. I saw myself all over these pages, and a think a lot of other readers will, as well."
-- author Elizabeth Gilbert

CLAIRE DEDERER is the author of the New York Times best-selling memoir Poser: My Life in Twenty-Three Yoga Poses, which has been translated into twelve languages, and which Elizabeth Gilbert called "the book we all need." A book critic, essayist, and reporter, Dederer is a longtime contributor to The New York Times and has also written for The Atlantic, Vogue, Slate, The Nation, and New York magazine, among other publications.

Love and Trouble, Book and Ticket