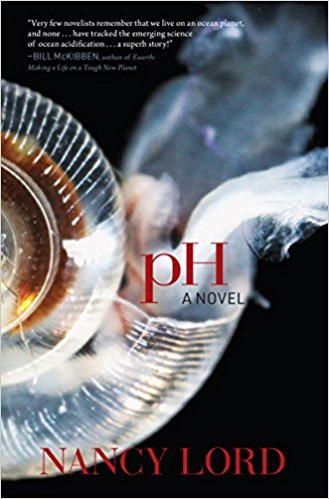 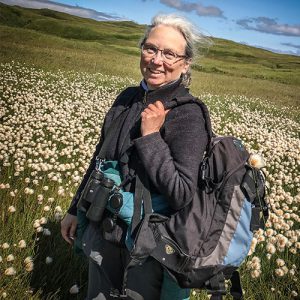 Bring your lunch and sit down with Alaska author Nancy Lord on Tuesday, Feb. 20, at noon. Lord is the author of the fascinating climate fiction (clifi) novel pH. and she will share from this novel about ocean acidification and it's impact on marine life.

Please RSVP below for free, so we can have enough nibbles and drinks for all!

Lord’s novel is cutting-edge environmental fiction as bonds are forged among a cast of eccentric characters studying the effects of ocean acidification on sea butterflies. It is a character-driven literary novel set in Alaska involving marine scientists and a conceptual performance artist confronting and in conflict over ocean warming. The connections among science, art, and culturally-defined beliefs are major themes. While the characters are quirky and humorous, the science behind the book is real.

"I was committed to making sure that the science is accurate," says Lord. "My biggest challenge was keeping up with the science; through the course of writing and revising the book, we were learning more and more about what’s happening in the ocean—and the situation for marine life was becoming increasingly dire. I’m lucky to live in a hub of scientific (especially marine) research in Alaska, with access to many scientists.”
Nancy Lord, from Homer, AK, was inspired to write pH by her love of coastal Alaska and her many years of commercial salmon fishing, as well as by her concern over environmental change and destruction. She is the author of several nonfiction books about environmental subjects (including Early Warming: Crisis and Response in the Climate-changed North) and hopes that her fiction will attract readers who enjoy a humorous story in which characters collide and mysteries must be solved.