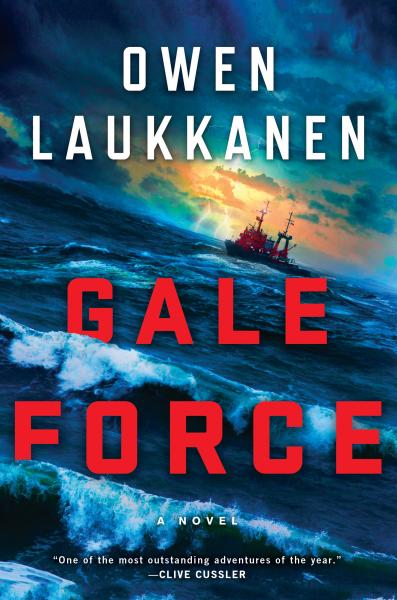 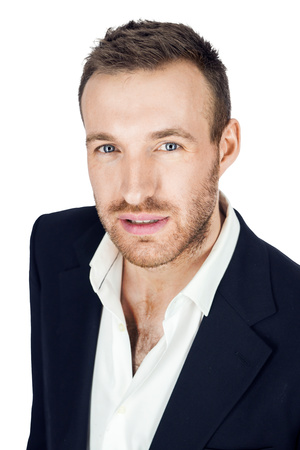 Join us for a taste of Owen Laukkanen's latest thriller, Gale Force, a rousing seafaring yarn set in the north Pacific. Owen will be at Eagle Harbor Books on Thursday, May 31, at 6:30pm.

In the high-stakes world of deep-sea salvage, an ocean disaster can mean a huge payoff--if you can survive the chase. McKenna Rhodes has never been able to get the sight of her father's death out of her mind. A freak maritime accident has made her the captain of the salvage boat Gale Force, but it's also made her cautious, sticking closer to the Alaska coastline.
She and her crew are just scraping by, when the freighter Pacific Lion, out of Yokohama, founders two hundred miles out in a storm. This job is their last chance--but there is even more at stake than they know. Unlisted on any manifest, the Lion's crew includes a man on the run carrying fifty million dollars in stolen Yakuza bearer bonds. The Japanese gangsters want the money. The thief's associates want the money. Another salvage ship, far bigger and more powerful than Gale Force, is racing to the rendezvous as well. And the storm rages on. If McKenna can't find a way to prevail, everything she loves--the ship, her way of life, maybe even her life itself--will be lost. Filled with bravery, betrayal, sudden twists, and pure excitement, Gale Force is a spectacular new adventure from the fast-rising suspense star.
---
Owen Laukkanen was born in Vancouver, B.C. He comes from a family of fishermen. His grandfather was a fisherman and boat builder on the Pacific Coast for nearly five decades, his uncle has been a commercial fisherman all his life, his father runs a lobster boat, and Laukkanen has spent many months and summers as a deckhand for both his father and uncle.

The Professionals (A Stevens and Windermere Novel #1) (Paperback)

The Forgotten Girls (A Stevens and Windermere Novel #6) (Hardcover)