Life After Manzanar, with Naomi Hirahara and Heather Lindquist 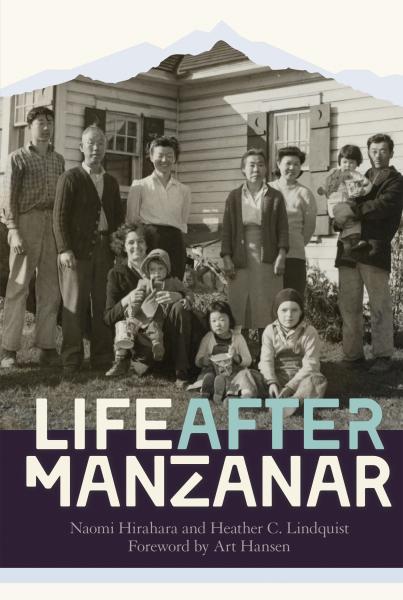 Join us for a conversation with authors Naomi Hirahara and Heather Lindquist when they present their new book, Life After Manzanar.  They will visit the Bainbridge Island Japanese American Exclusion Memorial at 12:30pm, and will talk about their book at the EHBC at 3pm.

This look at the resettlement of Japanese Americans after World War II weaves new and archival oral histories into an engaging narrative that illuminates the lives of former internees in the postwar era, both in struggle and unlikely triumph. Readers will appreciate the painstaking efforts that rebuilding required, and will feel inspired by the activism that led to redress and restitution—and that built a community that even now speaks out against other racist agendas.

After graduating from Stanford University, Heather C. Lindquist discovered a love of exhibit planning and writing while serving as an intern at the Smithsonian Institution’s National Museum of American History and applied this experience to developing interpretive exhibits for Manzanar National Historic Site and other National Park Service venues. She is the editor of the award-winning Children of Manzanar, and is a contributing author to Freedom in My Heart, edited by Cynthia Jacobs Carter and published by the U.S. National Slavery Museum in association with National Geographic. Lindquist lives in Los Angeles.