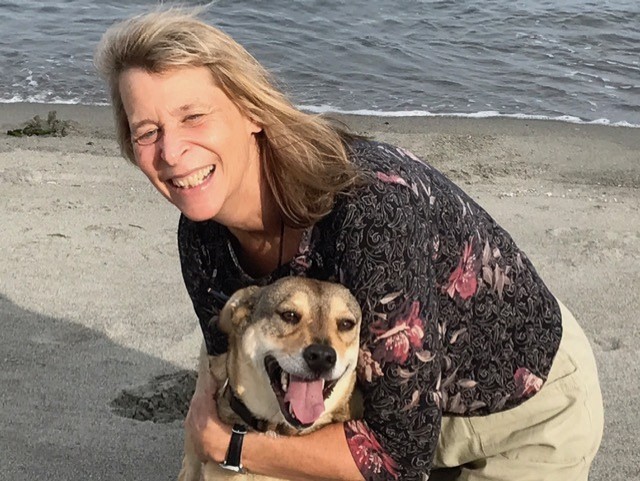 This event has been postponed until the Fall. Check back for updates.

Join us for an afternoon poetry reading by local poet Holly Hughes to explore her newest work Holding Fast. Hughes will be here on Sunday, March 22, at 3:00 pm.

In Holly Hughes’s second full-length collection, Hold Fast, she turns her attention to challenging times personally and politically, asking in an epigraph: “What will we cling to in the confusion of the tides? What structures of connection will hold us in place?” In moving, compassionate poems, she excavates past memories while bearing witness to the present moment, turning to the natural places, communities, writers and family who sustain her, and affirming the “ten thousand sorrows and ten thousand joys” to which she invites us all to hold fast.

Holly J. Hughes is the author of Hold Fast, Passings, and Sailing by Ravens, co-author of The Pen and The Bell: Mindful Writing in a Busy World, and editor of the award-winning anthology, Beyond Forgetting: Poetry and Prose about Alzheimer’s Disease. Her chapbook Passings received an American Book Award in 2017. Her poems have been nominated for a Pushcart prize, were featured in An American Life in Poetry, have appeared in many anthologies, most recently, Poetry of Presence: An Anthology of Mindfulness Poems, and have recently been set to music by Minneapolis composer Edie Hill. She’s a graduate of Pacific Lutheran University’s low-residency MFA program, where she served on the staff for 13 years. She also spent over thirty summers working on the water in Alaska commercial fishing for salmon, skippering a 65-foot schooner and working as a naturalist on ships. After teaching writing at the college level for several decades, she now lives on the Olympic peninsula, where she leads writing and mindfulness workshops in Alaska and the northwest and consults as a writing coach. Check out what she’s up to at hollyjhughes.com