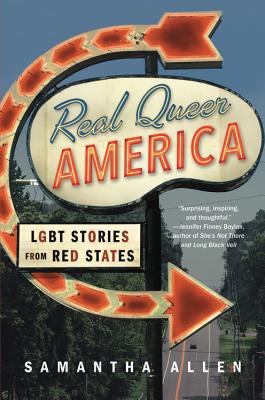 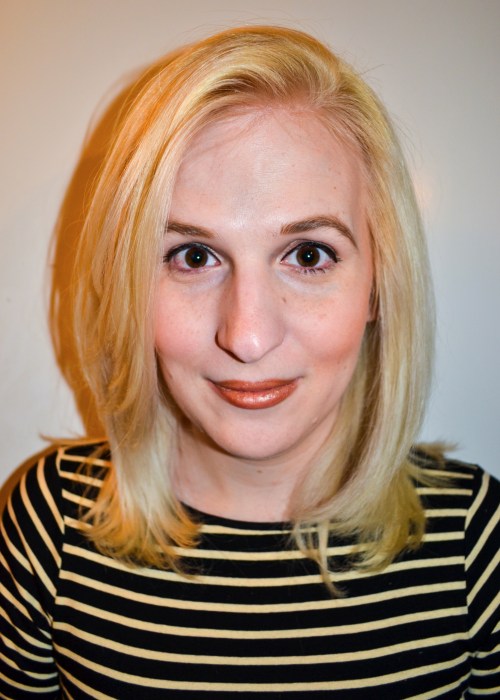 Is America really as divided as we think it is? Join us Thursday, May 2 at 7:00 pm when we host Samantha Allen as she presents her newest book Real Queer America, LGBT Stories from Red States.

Ten years ago, Samantha Allen was a suit-and-tie-wearing Mormon missionary. Now she’s a senior Daily Beast reporter happily married to another woman. A lot in her life has changed, but what hasn't changed is her deep love of Red State America, and of queer people who stay in so-called "flyover country" rather than moving to the liberal coasts. In Real Queer America, Allen takes us on a cross-country road-trip stretching all the way from Provo, Utah to the Rio Grande Valley to the Bible Belt to the Deep South. Her motto for the trip: “Something gay every day.” Making pit stops at drag shows, political rallies, and hubs of queer life across the heartland, she introduces us to scores of extraordinary LGBT people working for change, from the first openly transgender mayor in Texas history to the manager of the only queer night club in Bloomington, Indiana, and many more.

Capturing profound cultural shifts underway in unexpected places and revealing a national network of chosen family fighting for a better world, Real Queer America is a treasure trove of uplifting stories and a much-needed source of hope and inspiration in these divided times.

Samantha Allen is a GLAAD Award-winning journalist and the author of Love & Estrogen (Amazon Original Stories). She is a senior reporter for The Daily Beast covering LGBT issues and a former Sex + Life reporter for Fusion. She received her Ph.D. in Women’s, Gender, and Sexuality Studies from Emory University in 2015 and was the 2013 recipient of the Kinsey Institute’s John Money Fellowship for Scholars of Sexology. She has appeared on MSNBC, CNN, and NPR’s On the Media. She met her wife in a Kinsey Institute elevator–a true queer love story.