Snow and Spire: Flights to Winter in the North Cascade Range with John Scurlock 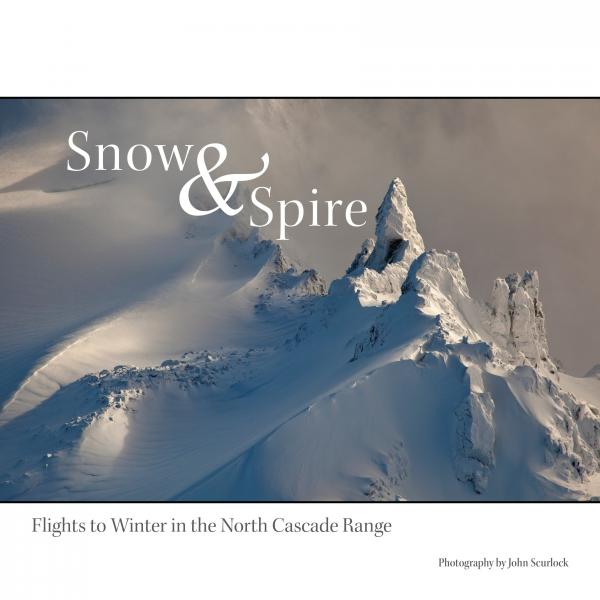 John Scurlock has been flying since 1986, and upon completing his home-built airplane in 2001, he began exploring the skies over Mt. Baker. During those initial flights, Scurlock could see in the distance the North Cascades, and inevitably, his interests as a mountaineer drew him to further survey the peaks from his cockpit. Eventually, the aerial photography that he brought back from his many flights was passed along to other curious climbers who began using his photos as a form of reconnaissance. These days, Scurlock's work is frequently used for route planning as well as serving to inspire future ascents, much to the appreciation of many in the climbing community. His ground-breaking book, Snow & Spire:  Flights to Winter in the North Cascade Range, was published in November, 2011.

Scurlock has covered terrain from Alaska to California and from the Coast Mountains and Cascades to the Rockies of Canada and the United States. His images inspire climbers, skiers, and backcountry travelers and appear in numerous books and publications such as The American Alpine Journal, Canadian Alpine Journal, Journal of Glaciology, Alpinist Magazine, Rock & Ice, Ski Journal, and Climbing Magazine. He has provided images for the Washington State Department of Transportation, the US Geological Survey, Department of the Interior/National Park Service, US Forest Service, Parks Canada, BC Parks, Western Washington University, University of Washington, Simon Fraser University, and the University of Northern British Columbia. In 2018, he completed an eleven-year project (in cooperation with Portland State University) to photograph every glacier in the lower forty-eight states. He and his wife, photojournalist Ruth Fremson, currently reside on Bainbridge Island along their three cats.