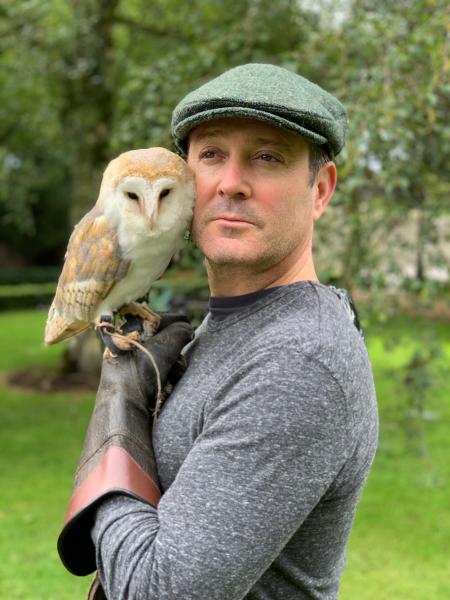 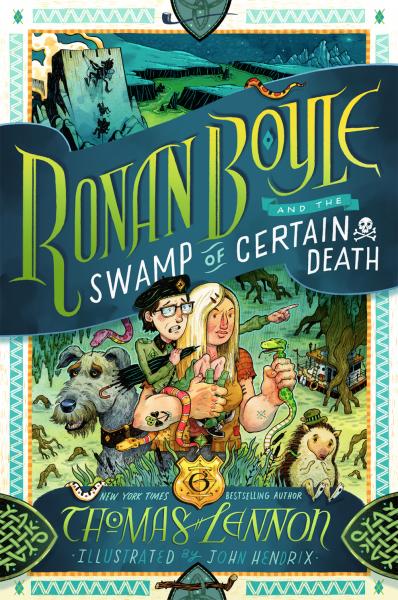 Author Thomas Lennon's visit on March 26 is cancelled. We will reschedule it as soon as we can and post an update soon.

Get ready to have some fun with actor/author/comedian Thomas Lennon! Lennon will present his middle reader novel Ronan Boyle and the Swamp of Certain Death - an hilarious sequel to the instant NY Times Bestseller, set in the world of Law-breaking leprechauns! You may remember Thomas Lennon as the actor who has worked on dozens of movies and TV shows, including is role as Lieutenant Jim Dangle on Reno 911! and Night at the Museum. Lennon lives in Los Angeles with his wife, the actress Jenny Robertson, and their son, Oliver.. After some visits with local schools, Thomas will join us at Eagle Harbor Book Co, on Thursday, March 26 at 6:00 pm. If you are new to this series, or looking for a new adventure, check out the Ronan Boyle series.

Ronan Boyle may be the youngest and lowliest recruit to the secret Garda, but he's determined to save his captain from the harpy that dragged her into Tir Na Nog at the end of book one, Ronan Boyle and the Bridge of Riddles. He may not be the strongest, or the smartest, or the best looking, or the most dexterous . . . so why was he picked for this mission? He's not entirely sure. But he may be the captain's only hope--if he can escape man-eating elves, escape a job in a unicorn's lounge act, and find the captain before she's sacrificed to a spooky cult trying to resurrect its leader. Eventually Ronan must battle the scariest monster of all: impostor syndrome. Fast-paced, action-packed, and utterly hilarious, the second book in the New York Times bestselling series delivers laughs and much, much more.

"The Ronan Boyle books are ridiculously funny. Like, Douglas Adams and Terry Pratchett funny. I was laughing hysterically while reading them. My kids were laughing hysterically. My dog might have even been laughing hysterically while listening to us read it. (At least at the parts that involved dogs, of which there are a good number.). And in addition to being funny, the books are chock-full of adventure and excitement, with stereotype-defying werewolf, leprechauns and unicorns thrown in. They're a tremendous joy to read from the first page to the last. Especially the part with the snakes." ~ Stuart Gibbs, New York Times bestselling author of the Spy School series.

". . .Enchanting descriptions of Tir Na Nog and its inhabitants will easily have readers suspending their disbelief and watching for book three." ~ Booklist