Truth Like the Sun, with Jim Lynch and Space Needle, with Knute Berger 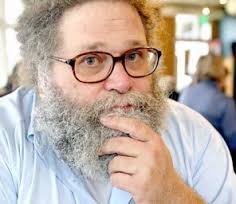 For reserved seating, buy your books here on our website, or at our bookstore. Please be advised that Winslow Way will be closed to parking May 17th. For information on available parking (there is plenty), please call the bookstore at 206-842-5332.

The store will be packed when reader favorite Jim Lynch is joined by Crosscut magazine's Mossback, Knute Berger, to talk both fiction and fact about the 1962 Worlds Fair -- and more!

Lynch's classic and hugely entertaining political novel, Truth Like the Sun, spins a cat-and-mouse story of urban intrigue in Seattle both in 1962, when Seattle hosted the World's Fair, and in 2001, after its transformation in the Microsoft gold rush.

Larger than life, Roger Morgan was the mastermind behind the fair that made the city famous and is still a backstage power forty years later, when at the age of seventy he runs for mayor in hopes of restoring all of Seattle's former glory. Helen Gulanos, a reporter every bit as eager to make her mark, sees her assignment to investigate the events of 1962 become front-page news with Morgan's candidacy, and resolves to find out who he really is and where his power comes from. Wonderfully interwoven into this tale of the city of dreams are backroom deals, idealism and pragmatism, the best and worst ambitions, and all the aspirations that shape our communities and our lives.

JIM LYNCH has received the H. L. Mencken Award and a Livingston Award for Young Journalists, among other national honors. His most recent novel, Border Songs, won the Washington State Book Award and is currently being adapted for television. His first novel, The Highest Tide, has been a staff recommendation and perennial favorite at Eagle Harbor Books.

KNUTE BERGER has just penned his newest book Space Needle: The Spirit of Seattle, put together for the 50th anniversary of the Seattle icon. A Seattle native, Berger has long been a writer and editor for local magazines and newspapers. In addition to writing and blogging for Crosscut, he is editor-at-large of Seattle magazine and a regular guest of Weekday with Steve Scher on NPR affiliate KUOW-FM (94.9). He is the author of Pugetopolis: A Mossback takes on Growth Addicts, Weather Wimps and the Myth of Seattle Nice. In 2011, he was named Writer-in-Residence at the Space Needle.