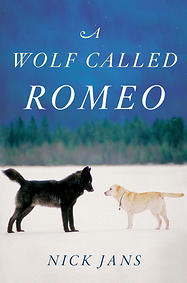 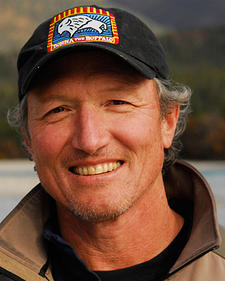 We are very excited to present author Nick Jans as he talks about his book A Wolf Called Romeo.

This remarkable true story of a six-year friendship between a wild, oddly gentle black wolf and the people and dogs of Juneau, Alaska, is part memoir, part animal narrative, and a beautiful if heart-wrenching account of man's relationship with wild animals.

The wolf, nicknamed Romeo by the locals, returned again and again to interact with the people and dogs of Juneau, living on the edges of their community, engaging in an improbable, awe-inspiring interspecies dance and bringing the wild into sharp focus. At first the people of Juneau were guarded, torn between "shoot first, ask questions later" instincts and curiosity. But as Romeo began to tag along with cross-country skiers on their daily jaunts, play fetch with local dogs, or simply lie near Jans and nap under the sun, they came to accept Romeo, and he them. For Jans, a more than 30-year resident of Alaska, it was about trying to understand Romeo, then it was about winning his trust, and ultimately it was about watching over him, for as long as he or anyone could. Written with a deft hand and a searching heart, A Wolf Called Romeo is an unforgettable tale of a creature who defied nature and thus gave humans a chance to understand it a little more.

"Insightful and philosophical, Jans probes the boundaries between wilderness and civilization and our responsibilities to the untamed creatures in our midst." -- Publishers Weekly