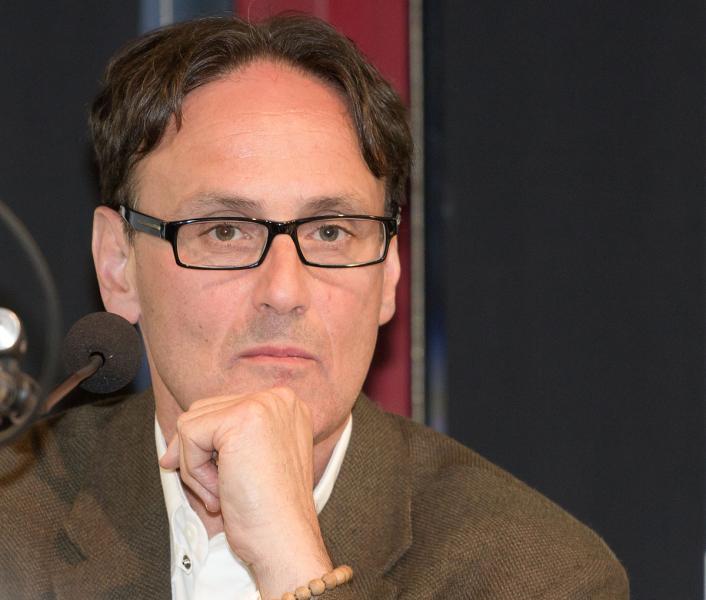 David is the author of a volume of poetry, two nonfiction books, two collections of short stories and five novels, most notably Snow Falling On Cedars, a story of the Japanese-American internment during World War II set on a fictional version of Bainbridge Island. Guterson's many awards include a Guggenheim Fellowship, the White Award for Journalism, the Washington State Governor's Writers Award, the Swedish Academy Crime Writers' Award, the American Booksellers Association Book of the Year Award, the Barnes & Noble Discover Award, and the PEN/Faulkner Award for Fiction for Snow Falling on Cedars.

A Seattle native, David taught at Bainbridge High School for ten years, writing in the early morning hours. The smash success of his debut novel allowed him to write full-time. Married and a father of five, Guterson continues to make his home on Bainbridge Island, where he co-founded the writing organization Field's End.

"My work comes from inner disturbances, from seeing injustices and accidents and how they affect people's lives in a tragic way." -- From a 1996 BookPage interview

To learn more about David and his work, go to https://www.davidguterson.com/about

Turn Around Time: A Walking Poem for the Pacific Northwest (Hardcover)

Songs for a Summons (Paperback)

The Other (Vintage Contemporaries) (Paperback)

Our Lady of the Forest (Vintage Contemporaries) (Paperback)

The Country Ahead of Us, The Country Behind (Vintage Contemporaries) (Paperback)